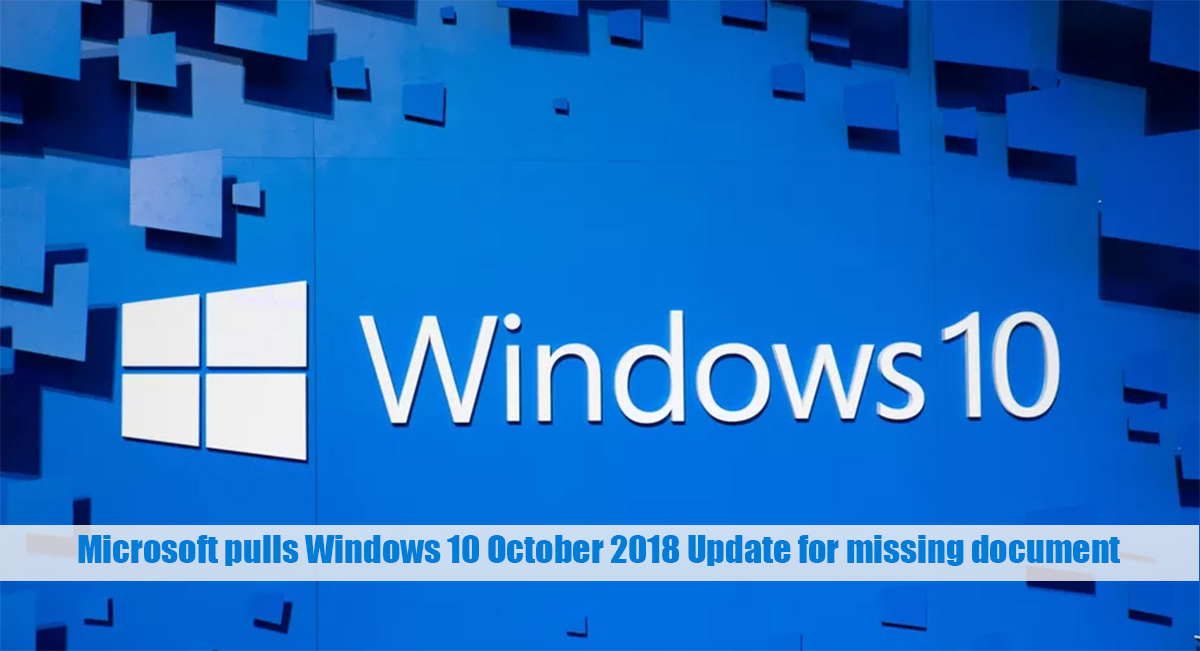 Microsoft pulls Windows 10 October 2018 Update for missing document. Some Windows 10 immediately noticed their documents were being deleted after upgrading.

Microsoft has stopped distributing its latest Windows 10 October 2018 Update. The software giant started rolling out the update during the company’s Surface event earlier this week, but some Windows 10 immediately noticed their documents were being deleted. “We have paused the rollout of the Windows 10 October 2018 Update (version 1809) for all users as we investigate isolated reports of users missing some files after updating,” says Microsoft on its support site for Windows Update.

Microsoft is now recommending that affected users contact the company directly, and if you’ve manually downloaded the October update then “please don’t install it and wait until new media is available.” Other Windows 10 users have been complaining that the Microsoft Edge browser and other store apps have been unable to connect to the internet after the October 2018 Update, and the update was even blocked on certain PCs due to Intel driver incompatibilities.

It’s not clear how many Windows 10 users are affected by the problem, but even if it’s a small percentage it’s still surprising this issue was never picked up during Microsoft’s vast testing of the October update. Millions of people help Microsoft test Windows 10, but the company has struggled with the quality of Windows updates recently. Microsoft delayed its Windows 10 April 2018 Update earlier this year over Blue Screen of Death issues, but those problems were picked up before the update reached regular consumers and businesses.

Microsoft was planning to push the latest October update out to all Windows 10 users next Tuesday, but that’s now likely to be put on hold while investigations continue into this major deletion problem.