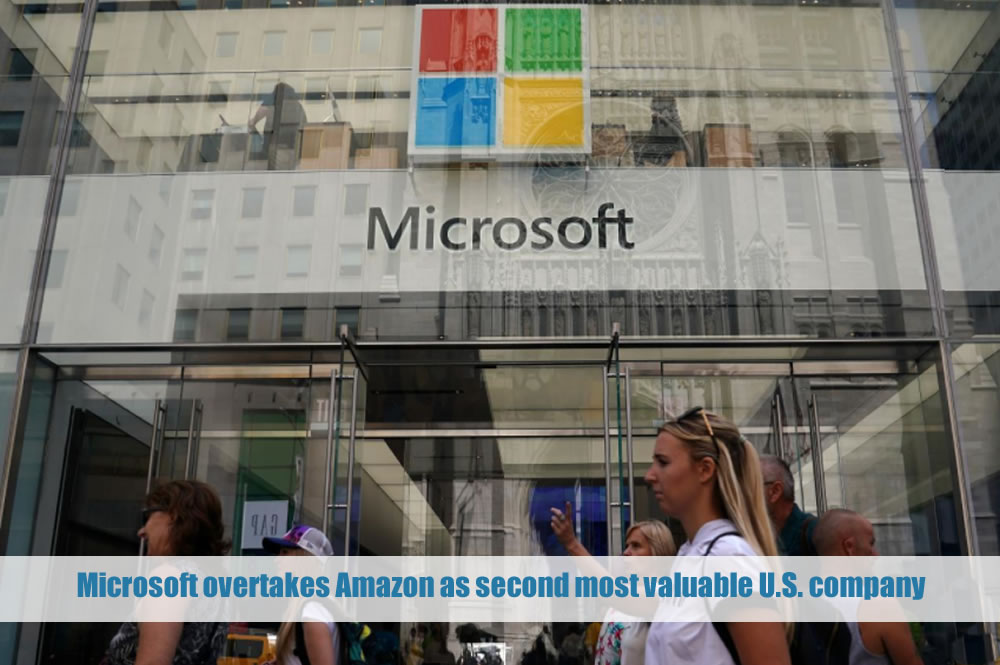 Apple Inc (AAPL.O) tops the list at over $1 trillion after crossing that threshold in September. Microsoft’s market capitalization was Wall Street’s highest in late 1998 through early 2000 before the dot-com bubble burst.

Shares of Microsoft remain up nearly 4 percent from Wednesday, when the four-decade-old software company beat quarterly profit expectations, driven by its cloud computing business that competes with Amazon’s.

Its stock market value on Friday stood at $823 billion, on track to close above Amazon’s for the first time since April, when it gave up its spot as second largest company by market capitalization.

Amazon was worth $805 billion on Friday, after falling below Microsoft’s in extended trade on Thursday. The drop was equivalent to the combined values of Target Corp (TGT.N) and Corning Inc (GLW.N).

Amazon’s tumble left it up around 40 percent year to date, while Microsoft has gained about 25 percent in 2018. On Wednesday, Amazon’s stock traded at the equivalent of 70 times expected earnings, its lowest level since 2011.