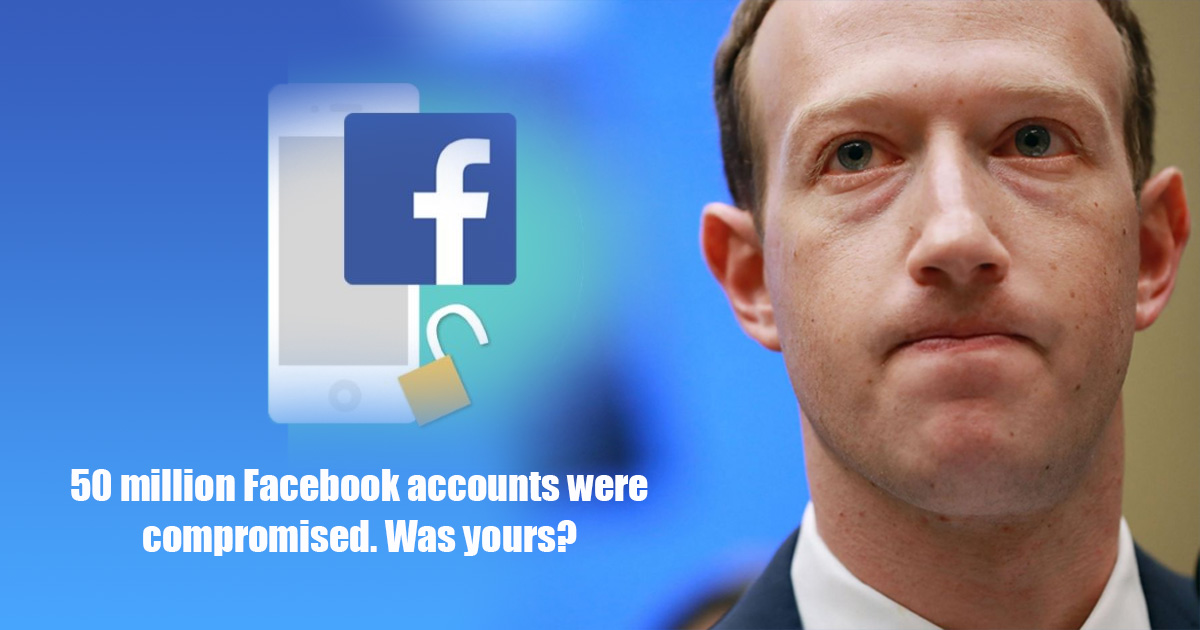 Your Facebook account may have been hacked this week. The social networking giant on Friday said “almost 50 million accounts” were compromised, a discovery its engineers made on Tuesday. Here’s what you need to know.

According to Facebook, “attackers exploited a vulnerability in Facebook’s code that affected View As, a feature that lets people see what their own profile looks like to someone else. This allowed them to steal Facebook access tokens, which they could then use to take over people’s accounts.”

In response to discovering the attack, Facebook reset the access tokens of the 50 million accounts it found to be compromised, which will require those users to enter their password to log back in. Facebook also took the precaution to reset access tokens of an additional 40 million accounts for those users who used the “View As” feature in the last year.

If your account was affected, Facebook will notify you in a message at the top of your News Feed when you log back in to explain what happened.

Facebook has also temporarily turned off the View As feature while it investigates.

According to Mark Zuckerberg himself, “We patched the security vulnerability to prevent this attacker or any other from being able to steal additional access tokens.” The company, however, still does not know who is responsible for the attack.

Facebook says there’s no need to change your password, but it certainly wouldn’t hurt to pick a new one. After all, the Cambridge Analytica fiasco was worse than Facebook initially believed or admitted.